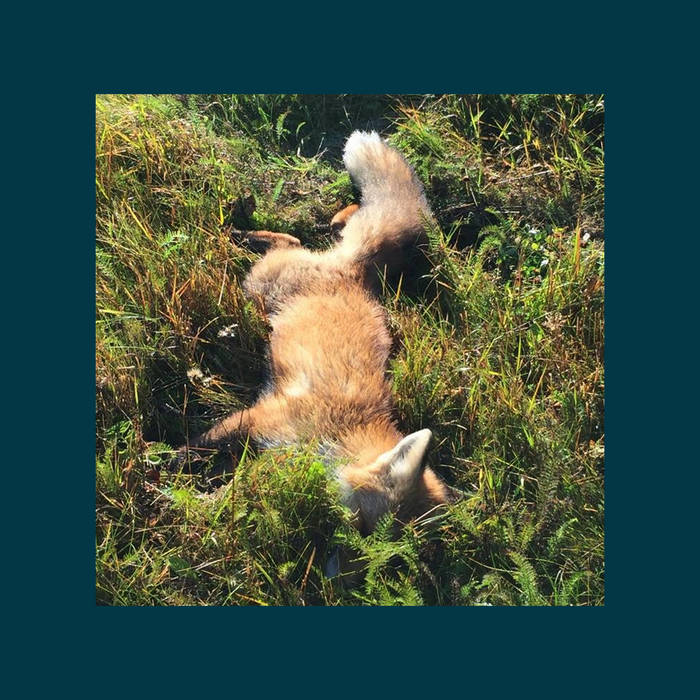 Mister Meows While obviously defined by a down mood (see that dead fox), there's a range of tones and styles on here that makes it slip through your fingers. Return and return and return.

Lanternwick Another perfect release from Lᴏɴᴛᴀɴᴏ Series, which has become one of my favourite ambient/experimental labels.Everything about this album is beautiful, delicate and soothing. Well done @Robert Farrugia. Favorite track: Puddles.

Krylda A gentle caress of emotion permeates this album, it will transport you into a state of contemplative emotional awakening. The album will talk to your heart, remind you of the beauty of life, and awaken your heart with the feeling of a loving embrace. Favorite track: Puddles.
more...

~'Worn' was written in the summer of 2019 and was recorded using Yamaha MT3X multitrack cassette recorder.
The cassette tape itself was an old cassette tape which I used to record voice memos on when I was little.

The recording process involved the recording of several sketches, which I then revisited and overdubbed every week over the course of 2019's summer.

In many ways, this album has been turning in my head since 2015, when my studies took me to Finland.
During this period, my roommate and I found this dead fox in the snow, taking this photograph.
Since then I've found myself thinking about the grass and the fox, and the dead fox and the grass, and how beautiful their colours both were. Sometimes it seems to me that life's a process of wearing and of being worn, and, just like the tape, in many ways my process began back then, with the fox and its colours.
I'd like to thank my girlfriend, my family, my friends, who've helped me be better.

Heartfelt thanks goes to Brose and Samwel for the constant constructive feedback.
Thank you also to Andrea for making this release possible.~

Following on from the “Adrift” (Archives) album that took me so long to get around to, it’s time to check out Robert Farrugia’s new album “Worn” which finds itself on the Lontano Series label, which is a sub label of ROHS! Records from Germany. Farrugia impressed with the electronica meets drones and synth of “Adrift” and “Worn” sees him move away from the beat side of things to a more purer dronescape work.

The Lontano series seems to be a perfect sort of home for Farrugia as in an interview / feature on label at Bandcamp label boss Andrea Porcu (who records as Music For Sleep) it reveals the meaning of the label “Lontano” is an Italian word meaning far away, a definition reflected in the label’s logo – a range of mountains seen from a distance” and how the music of the label has “a wistful, dreamlike aspect to much of its discography”. All of this is reflected in the music of the releases and the artists that have appeared on label such as anthéne, Pepo Galán, Fallen and others. Seeing the reference to the processes of life in the inspiration to the album and the way the music has a gliding quality to it, it feels like a good fit between artist and label.

The pieces of the album have a glacial pace which when given its inspiration it tends to give off a feeling of introspective qualities rather than the sometimes dour qualities that style of music can occasionally exhibit. With all the titles being vague and not pointing the listener in a direction, it offers up for the listener to interpret the pieces or add their own feelings to them.

Subtlety is the key to the pieces on the album as you require some close listening to pick up the nuances of the music, such as the beats that briefly pop up in “Wading” or the granular sounds of “Puddles”. In a way you could say the album is a pure ambient/drone one as this style makes the bulk of the material. However, Farrugia likes to may dense pieces which allow him to insert different sounds or influences into the overall sound pallet as well as changing the feeling of the instruments. Sometimes the synths can be used in a drone like style, while others bring about an almost dub techno feel, while the instrument itself is used to fill up the sound. A common misconception of ambient/drone can be limits that either the artist or the listener can put on the music, which in turn makes it one dimensional. The pieces on this album show Farrugia as an artist that creates and evolving, moving body of work which allows different things to different people.

A piece like the Autechre titled “Tlellix” revels in the vast environment with a cinematic, calm and floating quality, while the following track “Cicada” feels very inward looking with it’s drones feeling weighty and emotional. The track is not overly mournful and is possibly the most rhythmic and vast in its soundscape. It gives a hint of hope towards the end. The aforementioned “Wading” is a swirling piece that hints at grandeur and beauty with it’s soaring ambience and fragile glimpses of piano, while the final two tracks “Puddles” and “Segments” are rather cloaked pieces of dense and distant soundscapes with a mixture of emotions cascading around them. If the album is about the process of life being “Worn”, these two pieces definitely embody that feeling.
(Review by Drifting, almost falling - driftingalmostfalling.wordpress.com/2020/02/02/robert-farrugia-worn)

Writer Kurt Buttigieg compiles an audio companion to his Global Ear report on an island in the midst of political turmoil, featured in The Wire 432.

This playlist brings together many artists mentioned in the recent Global Ear report and a few more. It highlights the cooperative atmosphere of the Maltese scene, sometimes contending with indifferent or repressive governments. Not all artists in this tiny and relatively young European country are overtly political or engaged. However, many are exploring a nascent national consciousness through different means, notably through the immediacy of Maltese, the local language spoken by less than half a million people. This playlist ranges from adventurous pop to free improvisation, taking in experimental electronics, punk and beyond.
(Feature on The Wire Magazine - www.thewire.co.uk/audio/tracks/global-ear-malta)

Berlin-Based imprint Lontano Series strengthens an already impressive discography with their first release of the new decade; ‘Worn’ by Robert Farrugia. The Maltese artist is probably best known for his three releases on Archives (the independent label run by Agustin Mena AKA Warmth), but marks his debut on LS with some of his finest work yet.

Recorded in the summer of 2019, ‘Worn’ is beautifully constructed and flows seamlessly from start to finish. The opener ‘Routing’ is deep and powerful and sets the tone of the release perfectly, with sweeping ethereal sounds taking centre stage. Subtle instrumental additions; warm kicks on ‘Cicada’ and gentle piano keys on ‘Wading’ sound even better against the sketches when played loud.

The considered composition of the mid section of ‘Puddles’ gives the feeling of watching rain lightly fall and disturb the stillness of a small pool of water, and the release reaches its climax with ‘Segments’, a slightly more sombre track that uses the last 90 seconds to slowly ease you back to reality. For almost 40 minutes, you are lost in Farrugia’s world, surrounded by nature and seeing the world turn slightly slower than usual.
(Review by Kaninhal - www.kaninhal.com/robert-farrugia-worn)